How Not To Be

I've been a pretty big fan of The Amazing Race for only a short time now, however, thanks to the wonder of the Game Show Network, I've caught every episode of the show, and as someone who has seen it all I feel qualified to say that the Weavers are the worst people to appear on the race. Worse than Flo, the lady who gave up every leg of the race; worse than Jonathan and Victoria, the fighting couple; worse than the girl and the midget...maybe; worse than Boston Rob and Amber, the only team to play The Amazing Race like Survivor. The other teams, while annoying (except Rob & Amber), all were pretty straight about being who they were. Instead, the Weavers are mean to the other teams, both in front of them and behind their backs, they malign whole states (Utah) and whole religions (Mormons) and yet they wonder why nobody likes them...why they've been yielded twice. I have some suggestions for them in the future to prevent people from yielding them in real life somehow:
1) Stop it with the holier than thou crap. You are not the only Christians who act like Christians, you are not God's Annointed, you are not even nice people. Take a step back and stop praying publicly for a moment. You pray "oh Lord, bless that Raliegh will be safe skiing down that ramp and into that pool" when it's quite unnecessary. Keep your prayers in your closets, for those who pray in the open, to be seen of men, have their reward.
2) Get over your father's death. Yes it's tragic that he died at a racetrack. Does that mean that you have to freak out any time you're at a race track? No. Get over it.
3) Be nice. Not everybody is as meanspirited as you are.

Have a good thanksgiving!
Posted by Beau Sorensen at 4:58 PM No comments:

"Excuse Me, Do You Work Here?"

Do I look like this guy? Apparently I do, because it seems like I get asked this question ALL THE TIME! It's happened to me at Costco, at Blockbuster, at the Costco gas station, Albertson's, etc. It's not as though I am dressed for the part. I never wear those vests that grocery stores put on their people, nor am I standing behind the counter, nor am I not filling up my car with gas after putting my credit card through the reader. I generally think that I have a reasonable tolerance of stupidity, but these just get me going.

I think there are a couple of reasons why they bug me so much. One is the inherent age bias that I choose to see in it. If I was ten years older, I'll bet I wouldn't get this question. By the same token, if I was 40 years older, I'd probably get this question still. Just because I'm young doesn't mean that I don't have the requisite school and/or social standing to have moved past those jobs.

Will I beat anybody up over this? I doubt it. Do I wish that I had a great Bill Engvall "Here's Your Sign" comment to say to those who asked me these? You bet. Alas, I don't think I've had the requisite humour training to figure that one out yet.

Remember how everyone was freaking out about how gas prices were going to go up to at least $3.00/gallon? I remember the hysteria from one of the executives where I work - he was predicting that gas would jump to at least $4.00 or maybe even $5.00 a gallon. I don't know where he was coming from. Maybe he had watched The O'Reilly Factor and listened to O'Reilly's insane populist "the oil companies are evil" schtick. Maybe he was just making a bad inferrence, or maybe he just didn't have a clue about what a free market is. I know that a lot of people threw the basic economic laws of supply and demand out the window after Katrina and Rita ravaged the Gulf Coast, but in the end it looks like economics trumped hysteria. Sure, gas prices shot up 50 cents a gallon in my town overnight and stayed there for nearly a month. O'Reilly was proposing that oil companies all lower their profits by 25% (which, technically, would violate the Sherman Antitrust Act of 1898, but never mind that), free market conservatives were hunkering down, and pro-regulation activists and environmentalists were frothing at the mouth that perhaps this time they could take on Big Oil and win. Fast forward one month. People had curtailed consumption - surveys from AAA showed that miles driven had decreased, Detroit was having a firesale on their truck-based SUVs, and there was a waiting list a mile long for a Toyota Prius. Meanwhile, ExxonMobil announced in as quiet a way as possible that they had just made $10 billion in profit in the 3rd quarter. Forsooth! They must be gouging the consumer!

The thing that most consumers didn't realize is that while Exxon was minting money, they were merely charging what the market would bear. If they had priced gas at 25 cents cheaper, they would have lost money on most of the gasoline they would have sold. Sure, they would have still made money on the gasoline that was refined at Exxon refineries, but, as the lines at my local Costco attested, they would have run out of Exxon gasoline quickly, forcing them to either close down or buy gas on the spot market. That would have raised prices elsewhere, and long explanation short, lower prices at gas stations would have led to increased demand, which would have led to shortages. I value my time at more than the increased price of gasoline, so I certainly didn't want to go back to the 70s and Jimmy Carter's gas lines. While everyone was fuming about Exxon's profits, a funny thing happened. Gas prices started going down, and not by a little bit. They started plummeting. I was in Seattle when it started, and gas in Utah went from $2.70/gallon when I left to $2.50 when I got back. Now I've even seen it as low as $2.30 a gallon - another 20 cents in less than a week. So what's going on here?

It's simple. The refineries that were damaged in Katrina and Rita are coming back on line. There were some refineries that produced upwards of 450,000 gallons of gas a day that were offline. Now that they're getting back online, more gas is going into the market, and that additional supply is lowering prices because demand is relatively static. Oil demand has gone down, which has led to lowering oil prices, which has been passed through the refineries and soforth. My prediction? Gasoline will be below $2.00/gallon by New Year's Day. Whether it stays there is a matter of opinion. If people keep their habits changed, you bet. If not, we're looking at that as the new floor for a bit of time until exploration and drilling catches up - not to mention refining. We're operating flat-out right now, and until some more refineries are built, I don't think that will change.

Posted by Beau Sorensen at 5:11 PM No comments: 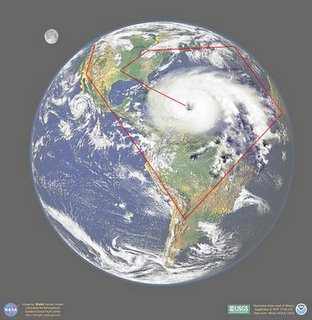 After last year's 10.5 crapfest, I thought that the "event miniseries" genre had finally hit the bottom of an extremely deep toilet. Alas, I was wrong. As if we weren't punished enough with CBS' Category 6: Day of Destruction (and the killer tornados that leveled Las Vegas) last year, they've decided to take it up a notch with this weekend's sequel, Category 7: The End of the World. Apparently the Category 6 storm [brief aside here: let's not make up ridiculous numbers to take the danger up a notch. There is no such thing as a Category 6 storm, let alone a Category 7, and even if there was some sort of super-cyclone that formed, it wouldn't be able to sustain that strength for long (see Hurricanes Wilma, Katrina, and Rita for evidence of this), especially when (according to the previews) it's going to mop the floor with Mount Rushmore, Paris, Washington DC, and other assorted locales. It'd be dead before it hit the coast, seeing as how there is no moisture to suck up and increase the intensity - unless it's a rock storm. If it's a rock storm, we're all in trouble], anyway, the Category 6 storm that went to Chicago is now even more out of control than ever and can destroy parts of the world on a scale that even Deep Impact wasn't able to do.
Why is schlock like this churned out on a regular basis? I can see why in the movies - it was pretty cool to see that cow go flying in Twister, see Paris burn in Armageddon, and watch Dante's Peak try to kill Pierce Brosnan in Dante's Peak. That's the movies though - where special effects don't suck (or in some cases, don't suck as bad). The acting isn't quite as ham-fisted, the premise isn't quite as outrageous, and we aren't stuck with 4 hours of TiVoed crap clogging up our DVR.
After the old school disaster show (well, 1990), The Big One: The Great Los Angeles Earthquake, I thought that perhaps things weren't so bad. Sure, it stuck to the central miniseries premise - tease the first night, disaster the second; bad acting; etc, but it was still something worth wasting time with. After the last few years of crap, I don't see how I can support this movie, even though it will almost certainly be a Category 7 on the Unintentional Comedy Scale (to quote Bill Simmons, "those moments when something or someone cracks you up ... even though that wasn't necessarily the original intention"). (Since ESPN has Simmons' columns on their insider service, a good visual explanation of the scale is at this site, below the first blockquote.)
Posted by Beau Sorensen at 4:42 PM No comments: 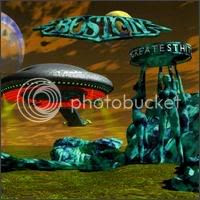 So I've been gone quite some time. Work has been incredibly busy, and I have many stories of disaster (and not the natural kind) to tell. I hope to get back on some sort of normal schedule, so we'll see what that brings. I hope to update at least once a week, and hopefully more than that. Stay tuned...
Posted by Beau Sorensen at 5:28 PM No comments: