This Ad Doesn't Work for Black People, or White People

If memory serves me correctly, Holmes was in North Carolina at one point.  Perhaps he can explain why Red House Furniture thought this was a good ad:

The government has decided to mandate a fuel economy increase of 40% by 2016.  While this is feasible, it's going to rapidly change what we are able to buy.  The revived Camaro, Mustang, and Challenger are going to have to trim down, while we completely reverse the horsepower trend we saw throughout the 90s.  My 298 hp V-6 G-35 will not survive, nor will any of the high performance vehicles from BMW, Mercedes, Lexus, and Infiniti.  Here's what I see happening:
The first thing that carmakers will do is decrease the engine size in cars.  That's a cheap and easy way to increase fuel economy, even though it negatively impacts consumers.  We won't be able to buy a BMW 335i anymore, instead we'll see a return to the BMW 318i, which would almost halve the size of the engine.  Likewise, all of the performance cars will lose some weight and lose a lot of engine.  Because engine size is a very good match to fuel burn, we'll have to see a lot more 4-cylendar engines replacing the V-6s and V-8s that we've been used to.
We could see an uptick in sales as cars are redesigned.  If I want an M3, I'd better buy it immediately, because it's not going to be nearly the car it is now in 5 years.  We'll see a decrease in vehicle size as fewer land yacht-sedans like the Grand Marquis and Cadillac DTS are produced.  We'll also see cars get more expensive as car companies use exotic materials like aluminum, titanium, and carbon fiber to keep their mandated rigidity and safety but lose weight so that their engines don't have to work as hard to move the car forward.  We'll also see gas prices stay relatively low because gas demand will decrease.  That's not to say that we won't see spikes here and there, but we won't see a super spike that then stays high.  We will also see a lot of modern classics, just like we had at the end of the 70s.  These modern day muscle cars will be loved and revered for generations to come.  We may also see the return of the Citation, which would be just amazing.
Posted by Beau Sorensen at 8:36 AM 1 comment:

Something quick that isn't worth exposition, but I just had somebody come in and tell me that they can't send an email to somebody else in the office. Well, first she asked how to set up her address book. By this she meant "how can this happen without me doing anything." I said I didn't know where a group address book was that she could pull, but she could always hand enter it, like I have. She then said she couldn't send someone else the email. I told her that she could just create a new email and type in his address. This was a revelation to her.

Yup, these are my coworkers.
Posted by Beau Sorensen at 4:59 PM 2 comments:

If you're easily offended, you might want to skip this post, but Justin Timberlake and Andy Samberg captured oh-so-wrong in a bottle again and made it hilarious this past weekend.  The title of the Hulu clip alone should tell you if you want to stay away...I will say it's incredibly catchy, which is what I love the most about it.

I have somebody who I've provided some tech support for today and they said that they haven't been able to print for a month.  A month.  They're all frustrated about it, but it's the first time they've come and talked to the IT department about it.  If you've gone without printing for a month, there's really only two reasons: you want something to be angry about or you don't need it.  The last thing you should do is go without it that long then come and be mad that it's been that long.
Posted by Beau Sorensen at 11:43 AM No comments: 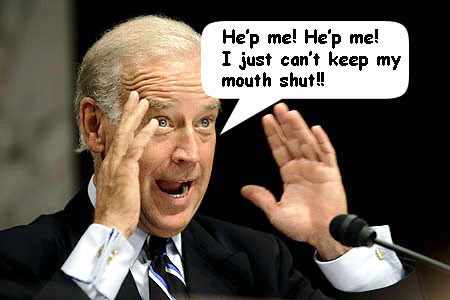 "Mark my words.  It will not be six months before the world tests Barack Obama like they did John Kennedy. The world is looking. We're about to elect a brilliant 47-year-old senator president of the United States of America. Remember I said it standing here if you don't remember anything else I said. Watch, we're gonna have an international crisis, a generated crisis, to test the mettle of this guy."
-Joe Biden, October 19

"I would tell members of my family - and I have - I wouldn't go anywhere in confined places now. It's not going to Mexico, it's you're in a confined aircraft when one person sneezes it goes all the way through the aircraft. That's me. I would not be, at this point, if they had another way of transportation, suggesting they ride the subway. So from my perspective, what it relates to is mitigation.  If you're out in the middle of a field and someone sneezes, that's one thing. If you're in a closed aircraft or a closed container, a closed car, a closed classroom, it's a different thing."

-Joe Biden, April 30
Is Joe Biden himself the crisis he warned of?  If you can think of a better way of hurting the economy more, I'd like to see it.  People have been scared to death about the deadly swine flu, and now Vice President Biden tells everyone that they should freak out even more, despite President Obama saying the opposite the previous day.  He reminds me of some of the actors in World War I.  Despite all the leaders, on the whole, being decent human beings, a couple of stupid things said here and there led to an escalation of the conflict that directly killed 9 million people and indirectly killed countless others.

I can't be the only person in the world who knows somebody who always manages to call at precisely the worst time.  If you're in the middle of hauling a hundred pounds of wheat to your basement, eating dinner, on the phone with someone else (and not one of those conversations you can interrupt), having sex, you know...doing anything that they shouldn't be calling during, and they call.  It doesn't matter the time or the day, they somehow manage to get you whenever it's inconvenient.  All I want to know is what kind of sixth sense do they possess, and how can they turn that evil into a force for good?
Posted by Beau Sorensen at 8:04 AM No comments: