Book Review: The Sword of Lincoln 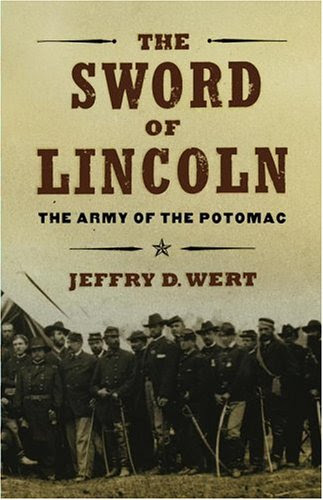 The Sword of Lincoln is not a hard book to read. I know that a lot of historical non-fiction is, and I've trudged through my fair share of them as a history buff and political science graduate. This is a very lucid, easy to read account of the formation and life of the Army of the Potomac. There are thousands of Civil War accounts out there, so what makes this different? I think that one of the things that it tries to explain is the link between the army and its generals. Because of the political pressure on the army to take care of the South and do it quickly, the Army of the Potomac was always under pressure to do something. This led to the undoing of a whole host of generals, the most notable of whom was William McLellan.
There are times when The Sword of Lincoln can get confusing, mainly because it doesn't have a nice set of maps to follow the battleground strategy. There are some in there, but as with any war book, you really need to have good maps to be able to tell what maneuvers are being done and why they are. Nevertheless, that doesn't prevent the book from being a fascinating read and really making the history of this army more accessible. I highly recommend it.
Posted by Beau Sorensen at 4:40 PM No comments:

Yesterday the Wall Street Journal had a story on how the citizens of San Francisco's Tenderloin district (so known because of the cut of meat, not because of the clientele that visits the area) are up in arms about improving the area. You heard that right. They like the squalor that they live in, and who are you to plant trees or try to improve the area. What's the reasoning behind this? A misguided idea of how being a dangerous trashheap gives the area "character." By the same reasoning you could claim that the smell in Fuji gives that town character or that the raw sewage pumped into the East River gives New York a certain flair (although in fairness to the Greatest City in the World, they stopped that years ago because people do care about that city). From the Journal:

In San Francisco's Tenderloin, residents aren't fighting the usual gentrification battle over displacing low-income families. Instead, they are fighting for the neighborhood's gritty ambience.

Often described by tourist guides as San Francisco's worst neighborhood, the Tenderloin has for years been a gathering point for pimps, drug addicts and transvestites and transgender residents, some of whom work as prostitutes. Some residents say that's what gives the Tenderloin its personality and makes it a crucial piece of San Francisco's diverse cityscape. Cleanup efforts, these residents contend, threaten to destroy an atmosphere that welcomes people on the fringe of society, who otherwise could find no refuge. And it distracts from the issues the neighborhood really cares about, such as safety for sex workers and affordable housing.

This isn't entirely unprecedented. A few New Yorkers are still fighting for gritty, sex strewn Times Square and lots of people are fighting to have New Orleans return to the crime dump that it was before Katrina instead of having it be a place where you are, you know, safe. What is it that goes through people's minds? I understand that you want to live where you want to live, but nobody's saying that you can't. Instead they're saying that you should get rid of high crime low value areas. Instead of blowing it up and starting over, pushing out the pimps and the CHUDs might be a good start. Maybe you could plant some trees, reface a building or two, and start sweeping the streets.
Posted by Beau Sorensen at 7:35 AM No comments:

If there's one show that I look forward to throughout the year, it's 24 (although House is close). I'm proud to say that I've been there since the beginning and I've also gotten other people hooked. Long story short, Kiefer Sutherland is the coolest guy on television and kills people. Anyway, there's a new trailer that just debuted for Season 6 (starting January 14). Give it a peak, then give the show a chance. You'll have missed a lot, but that's nothing that watching 120 hours of DVD can't solve.

Posted by Beau Sorensen at 5:27 PM No comments:

Email ThisBlogThis!Share to TwitterShare to FacebookShare to Pinterest
Labels: video

I have become a lot more sympathetic to those disembodied Indians on the Dell tech support line lately. Since I took over the IT department here at work I've realized that every one of those stupid questions they ask you are asked for a reason: people are idiots. Here's an example of one of the tech support conversations I had with someone here in my office this morning:

Employee: Excuse me, can you help me out?
Sorro: Sure, what's the problem?
E: My computer won't work. I move the mouse and the screen stays blank.
S: Let me come take a look.

I walk over to his computer, take a look at it, and press the power button. The computer immediately starts up.

S: There you go!
E: Thank you my friend.

This is the norm here. The vast majority of computer problems begin with "Is your computer on?" and end with "restart your computer." I know that
computers can be hard to use, but all I'm asking for is some basic knowledge. The on/off switch is the most basic of all switches. You use one with a cell phone, a light, a car (keys count). Why is the one on the computer so daunting?
Posted by Beau Sorensen at 5:43 PM No comments: 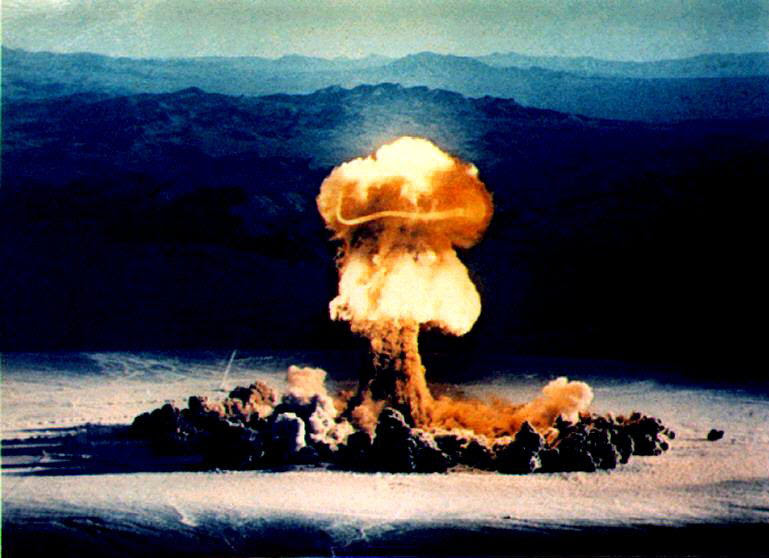 This TV season has been a beast for me. I think part of it is the new addition to our family, the Dish Network 2-tuner TiVo. Suddenly the amount of TV recording time that we had doubled because it allowed us to take a look at some shows that would normally be considered marginal or not as good as whatever was on opposite it. As a result, we've got way too many timers. I'm sure that the network execs will do us a favor by killing a few new shows, but we should probably do a little culling of our own. One show that I would desperately like to eliminate, but for some strange reason just can't is Jericho. I don't know if it's the general absurdity of a town where Major Dad is the mayor, if it's the buggy eyes of Skeet Ulrich (best known from Scream), the sincere Jessica Simpson wannabeishness of the girl that looks like a poor man's Jessica Simpson, or if it's the fact that some amount of the US turned into radioactive ash and I still don't know what's happened quite yet. I would have to say it's the latter reason. So far we know that the following cities have been more or less leveled by a nuclear attack: Denver, Philadelphia, Dallas, Chicago, San Diego, Atlanta, Seattle, Kansas City. There are probably others (hinted at San Francisco, Los Angeles, Minneapolis, Boston, Cincinnati, Detroit, New York City), but the show has been sketchy on real details to keep people like me watching. Areas that haven't been mentioned are those that are actually strategic targets - Washington, DC; Cheyenne Mountain (NORAD); Strategic Air Command, etc.
I think that this show is kind of clueless. For starters, the area where Jericho is situated would have been able to see both nuclear explosions (Kansas City and Denver) if they had been able to see one. Second, the sophisticated nature of the attacks (explosions that large are almost certainly fusion reactions instead of fission - something that is currently out of the realm of possibility for everybody that's not the US, Russia, Britain, China, Israel, and France. Pakistan, India, and North Korea (maybe) have fission weapons) combined with the quantity (the only countries with that kind of capacity are the US, Russia, Britain, China, Israel, and France) mean that it almost certainly shouldn't have been terrorists, much less some sort of organization that Token Black Man belonged to. Third, the supposed fallout from Denver (and there was bits of Denver in that rain, hence why Drunk IRS Lady was freaking out when she touched bits of it) would have given everybody in town cancer either by now or in the near future, as the fallout from the rain would have stayed around long after they would have died in their shelters. I could go on, but it's picking nits, and they've drawn me in until I can figure out what's going on. Once it gets to that point, I may bail, but who knows. It's no Lost or 24 on the addictive show scale, but it's doing its job thus far. I can only hope that I actually get a payoff here. I want to know who attacked the US, and I don't want a cop-out. I don't want to find out that it's al Qaeda or the Masons. Token Black Man better have a darn good backstory for this unless it's the Chinese or the Russians (who are the only ones who realistically could and/or would have done it, despite the fact that the Russians would have used missiles that would have sent the nation on alert. Instead, the President was in some joint session of Congress while the bombs were going off), in which case all is forgiven.

Posted by Beau Sorensen at 4:28 PM No comments: 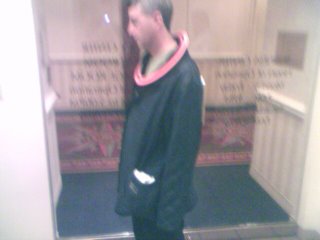 When I was in New York City recently, I saw this guy. Because I had to take the picture covertly from my cell phone, it's not a great picture, but that is one of those frisbees with the hole in the center (also known as an aerobie) around his neck. I know it was fashion week when I was there, but for as bizarre as fashion is these days, I don't think it's that strange. Nevertheless, Derek may want to start this trend in Japan, as Japan seems ripe for the neck aerobie to take off after the somewhat demise of the Ganguro/Yamamba trend sometime after I came back to the States.
Posted by Beau Sorensen at 5:05 PM 2 comments: